We’re picking up our Lincoln Mark series today, at a time when Ford executives really weren’t interested in selling a personal luxury coupe. The original Continental was developed as a concept at the request of Edsel Ford, who wanted a car for his spring break in 1939. After an informal start in Florida, Edsel returned with 200 orders and the Continental went into production .

Halted by World War II, the Continental picked up where it left off and underwent a slight overhaul at the hands of Virgil Exner. But the late 1940s weren’t kind to V12 engines, nor was Ford wanting to create a new Continental to replace the decade-old one around 1948. Continental is gone, its name unused. Instead, Lincoln taxed reworked Mercurys as the Cosmopolitan and ignored personal luxuries. The brand generally lowered the exclusivity bar set by Continental and K-series cars, and made things more affordable for the upper middle part of the US consumer base. Things stayed that way at Lincoln for some time.

By the mid-1950s, the Lincoln lineup had been reworked. The Cosmopolitan name replaced the formerly unnamed EL-series “senior” Lincoln, while the top-of-the-line version was renamed Capri. The Cosmopolitan made its last outing in 1954, replaced in ’55 by the Custom. The new, clean-sounding Custom still played second fiddle to the Capri. Believe it or not, these two models were the only two Lincolns offered at the time. For comparison, Cadillac had three distinct model lines and offered the personal luxury Eldorado – on sale since the ’53 model year.

The Eldorado proved to be a tipping point for the people of Lincoln. They realized that even though they hit it and quit, personal luxury was once again on the consciousness of the automotive world. Around the time of the Eldorado’s debut, Ford began work on a new offering of personal luxury cars. But once the menacing, enormous Eldorado was out in the world, Ford wanted to outdo General Motors: a whole new brand was in order.

The new coupé was to be very expensive and very exclusive. It was not to be marketed as a regular Lincoln-Mercury product, but rather as a separate brand. Since bold big luxury was back, Lincoln felt it could resurrect some of the marque’s glory when it offered the old Continental and body-built K-series cars in the thirties. The new division would be called Continental, and its model the Mark II.

The Mark II design was completed around 1953, at the hands of chief stylist John Reinhart and body engineer Gordon Buehring. Buehring (1904-1990) was the more famous of the two men and had a long career designing cars at Packard, Cord and GM. He also designed the Stutz Blackhawks that raced at Le Mans. Later in his career, he worked at Studebaker and then Ford, and retired from the latter in 1965. Very late in his life, he helped the Franklin Mint to develop its range of miniature cars.

Reinhart and Buehring finalized a shape that was in the same mold as the first Continental but modernized in a mid-century timeline. The Mark II was only available as a coupe, simplifying the model’s offerings and deviating from Continental’s initial design as a convertible. In what would previously have been called a “Club Coupe”, the Mark II was styled with the same long, wide bonnet that ended in a chrome front end.

This front end was simplified compared to the first Continental and featured a more judicious use of chrome. Bearing in mind that the old Continental was already moderate in its chrome plating, the 1956 Mark II was practically delicate looking back in time. The circular headlights protruded at the ends of the smooth fenders and protruded slightly less than the turn signals integrated into the chrome bumper.

The shape of the bumper was quite simple and came to a point in the middle. It avoided any superficial detail and contained no indentation for the license plate (which would have ruined the smooth look). Above the bumper was an egg crate-shaped grille divided into six sections, three on each side. Finished in chrome, the grille surround was slim which helped the face avoid a heavy look. On the leading edge of the hood above the grille, “CONTINENTAL” was spelled out in glittering gold block letters.

The hood ornament was also gold, which was a cross-shaped design perched atop the hood’s center character line. The cross-shaped logo would eventually be adopted by the rest of Lincolns, but at the time Lincolns wore an airplane logo where an airplane was depicted from behind. The front end detail was finished with a character line in the fender which gradually appeared as it wrapped around the grille and became pronounced as it swept up the front wheel arch.

This character line continued to the side, along a very smooth fender and through a door that was as well. The roof of the Mark II was a modern take on the original Continental: formal and upright, it made do with two pillars instead of three and transformed the Mark II into a hardtop. There was minimal ornamentation on the side of the Mark II, just a simple door handle and a chrome cylinder lock. The character line slackened upwards past the thick B-pillar and continued to the taillights at the rear.

More ornate than the front, the rear of the Mark II is nevertheless sober. Simple red brake lights were on the smooth side, with reverse lights below. The shape was almost a slice of layered cake, surrounded by a thin strip of chrome icing. Between the lamps was the built-in continental kit hump, the detail for which the Mark II became best known. It made room for the spare tire inside and had Continental lettering.

Below the lettering was another Continental cross-shaped logo, with more detail than the hood ornament. The reticle contained the heraldry on a shield, stitched in black and gold. At the rear, the crosshairs themselves were chrome instead of gold.

The Mark II’s bumper was a stunning piece of design, finished entirely in chrome. It cut aggressively into the rear fender and came to a point in the middle that mirrored the one up front. An unusual feature, the Mark II’s exhaust came out of two tails integrated into the bumper itself, just below the brake lights. One might wonder if many of the legs were burned by the occasional brush against the exhaust outlets, which were at shin or knee level.

It’s not really fair to compare the interior design of two cars separated by a few decades, so here we’ll focus only on the Mark II. Her interior has been finished as a discreet testament to personal luxury. Interiors were often two-tone (a darker color accompanied by cream), in various configurations. Sometimes the seats were two-tone, others only had contrasting piping. The dashboard and door panels were coordinated in two tones. The driver faced a large color-matched steering wheel to the interior, in an expected three-spoke design. The transmission indicator has been integrated into the top of the wheel.

The gauges were surrounded by chrome and backed with a teal color; great mid-century style. The left gauge implemented a stopwatch and displayed turn signals, temperature, fuel, etc., while the second left was the speedometer and odometer. The center right gauge was an analog clock with a second hand, and the rightmost gauge reflected RPMs. A functional arrangement but very simple overall.

There was no center console, but the center console contained the radio and cigarette lighter and was backed by the same textured gold metal as the gauge surround. Below, aircraft-type levers controlled the climate and there were five of them. The doors also opened with levers, which were a style of grab handle that was pulled back for operation. Power windows were standard and covered in chrome for the driver and passenger. The seats were of a variety of benches, and while the lower cushion was one piece, the seat back was split in the middle and folded forward at an angle for easier rear access. Rear-seat passengers were treated to plenty of space and a great view that wasn’t obstructed by pillars.

With design work completed on what would become an absolute classic, Ford was to introduce Continental to the world. This is where we will pick up in Part III, and continue to cover the mechanical details.

Become a TTAC insider. Get the latest news, features, TTAC catches and all things truth about cars first by subscribing to our newsletter.

Next News: Arena Stage at the Mead Center for American Theater announces 2022/23 season 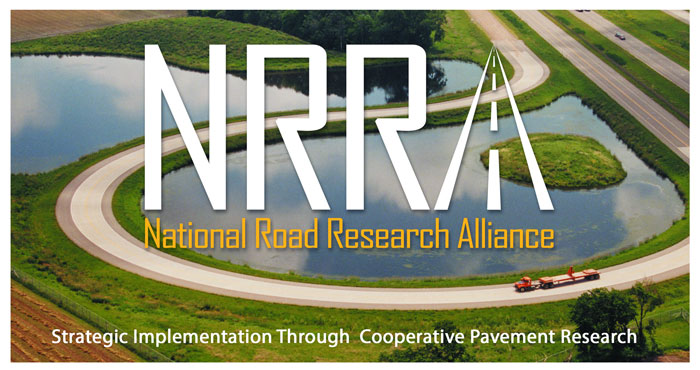 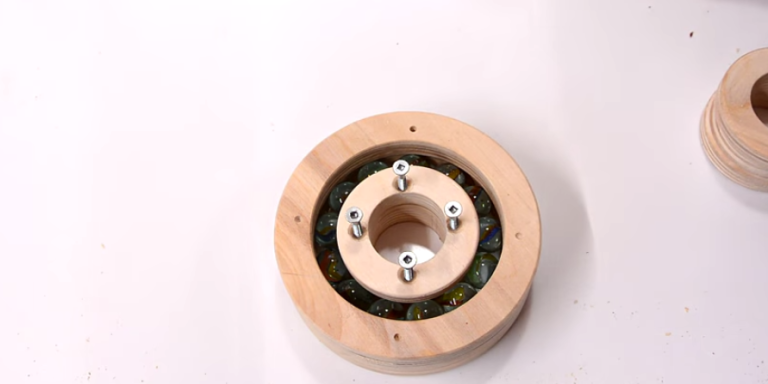 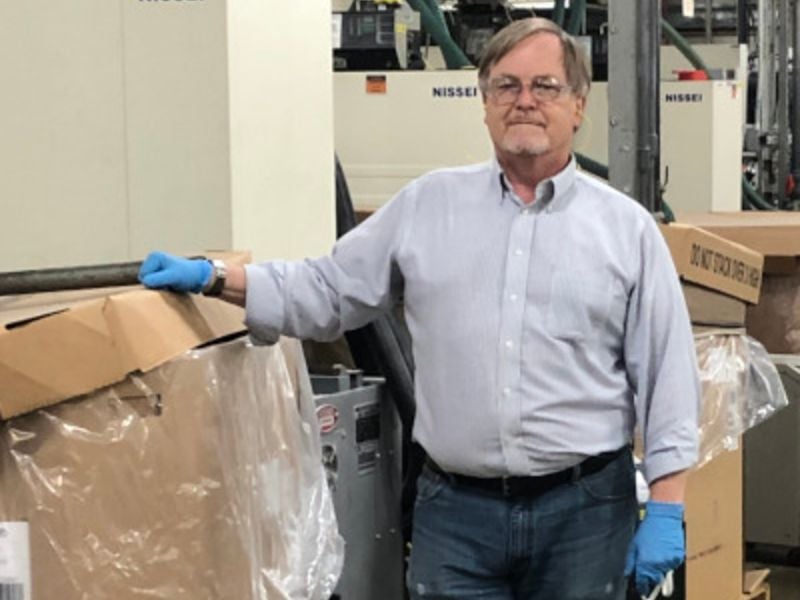