Enes Freedom vs. LeBron James: History of the feud between Celtics center and Lakers superstar

Earlier this week, the Brooklyn Paper reported that the decision on the Greenpoint Energy Center expansion project has again been delayed.

The NYS Department of Environmental Conservation has extended its deadline to February 7, 2022 to make a decision on whether to issue air pollution permits for the proposed Greenpoint Energy Center expansion. The most recent deadline was December 6 and the original request was seven months ago. .

National Grid plans to build two new liquefied natural gas vaporizers at the Greenpoint Energy Center on Maspeth Avenue. To do this, they need the Air State Facility permits from the DEC to replace the existing, more restrictive, Title V permit.

In a Dec. 1 email to National Grid, DEC’s permit administrator Stephen Watts said the department was still working on a “responsiveness summary” responding to comments submitted during the public comment period. project, which ended in December 2020, and during public hearings held in March. . â€œTo give the department sufficient time to assess and adequately respond to public comments, we respectfully request the mutual consent of National Grid to extend the timelines,â€ Watts wrote.

The community has continually called for rejecting the expansion. Residents of Greenpoint have repeatedly asked DEC to reject permits, concerned about the impact the energy hub has already had on the health of the environment surrounding the 100-plus acre facility and on the health of people. living there.

Earlier this year, activists and residents sued DEC and National Grid after the department said the project would not have negative impacts on the environment. In August, a coalition of local groups filed a civil rights lawsuit against DEC, National Grid and the state’s civil service department, alleging that the three violated part of federal civil rights law by building the Metropolitan Natural Gas Reliability Project, or the North Brooklyn Pipeline. Specifically, they said that DEC had “inadmissibly segmented its review” when issuing the negative statement regarding the new vaporizers, and failed to consider the joint effects of the pipeline and the vaporizers.

In one item As of October, the Brooklyn Paper reported that the community of Greenpoint had once again rallied around the National Grid plan.

At the end of November, the Brooklyn Paper Explain that activists believe that the National Grid’s assessment of the impact of vaporizers offered to the Greenpoint Energy Center under the state’s climate law is inaccurate.

Anthony Rogers-Wright, director of the environmental justice program at New York Lawyers for the Public Interest, said the repeated delays implied a denial of his method. However, when it comes to state-owned enterprises, he doesn’t like to take a position, especially because he feels the DEC has been inconsistent in imposing part of the state’s Climate Leadership and Community Protection Act.

Section 7 of the legislation states that state-owned enterprises, while issuing permits, must not “disproportionately overburden disadvantaged communities and must actively seek to reduce greenhouse fuel emissions in those communities.” For all permits, legislation requires keeping in mind whether the newly authorized tasks may conflict with or infringe upon the state’s emission targets. If this were to impinge on these goals, the company would have to present a thorough rationalization of why the project cannot meet these goals and present alternative options or potential mitigation measures. If proof cannot be offered, permits could also be refused, as was the case in October, when the DEC refused permits for 2 separate tasks in Newburgh and Queens.

Rogers-Wright cited the state’s continued renewal of a Title V permit for a public works campus in Westchester County, regardless of the project’s location in an environmental justice group.

â€œThe reasoning was a little questionable,â€ he said. “Unfortunately, I cannot make any inference on this due to their inconsistency so far.”

Repeated delays and plan changes at the Greenpoint Energy Center have been the rule for the new vaporizers. Reports from an independent monitor appointed to oversee the operations of National Grid under a 2019 agreement between the energy company and the state have often indicated that the delays were of concern and the date of ‘go live’ sprays had been pushed back several times. The company’s agreement to extend the deadline until November 4, along with a request for additional information submitted by the DEC last summer, sheds uncertain light on the future of the project, the monitor said. , whether the permits would be granted late or not. at all.

“As National Grid acknowledged, ‘the main risk to the implementation’ of Sprayers 13 and 14 ‘is not obtaining the necessary approvals for the project, or not obtaining them in a timely manner.” , indicates the final report.

The request was first marked as ‘complete’ in November 2020, but since then DEC has repeatedly requested additional information as the project developed, and in February National Grid submitted a revised request after reducing project scope, removing plans. install two compressed natural gas heaters on the site.

In July, DEC sent its third request for additional information. This was of particular interest to local environmentalists. In it, the DEC asked National Grid to complete a comprehensive review of the expansion by the CLCPA, the same analysis that activists say is incomplete, and that they draft an improved “public participation plan,” like the ‘demands’ Commissioner’s policy 29′.

Ruhan Nagra, director of the Environmental Justice Initiative at the University Network for Human Rights, which represents Sane Energy in their lawsuit against National Grid, said that the application of the policy so late in the review process is not not really CP29 compliant.

“It is absolutely insufficient to decide at the end of a public authorization process that this policy suddenly applies and therefore National Grid must submit this public participation plan and hold a public information session, then somehow presume that National Grid has fulfilled its obligations under CP29 by doing this, â€Nagra said. PC29 also requires a “coordinated review” between city and state agencies involved in the application process, and DEC does not participate, to Nagra’s knowledge.

Nagra explained that there are two types of approvals: â€œministerialâ€ and â€œdiscretionaryâ€. In a ministerial act, a government agency essentially does not have to use its own judgment, and a permit can be issued if the project ticks certain boxes. A discretionary decision requires the agency to review and weigh the project before making a decision. The FDNY and DOB permits were likely ministerial, Nagra said, and the mayor’s office appears to be treating the Greenpoint Energy Center’s permit application as ministerial action, and therefore will not participate in a review, which Nagra said was “very , very questionable. â€â€œ We think the mayor’s office should have done an environmental review as well, and that should have been coordinated with the DEC, that didn’t happen, â€Nagra said. 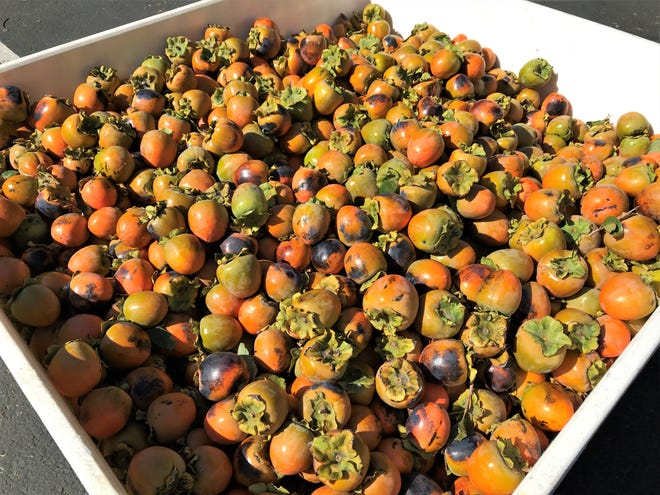