(RTTNews) – Historic automaker General Motors Company (GM) has announced a new V-engine SUV variant of its luxury brand Cadillac. The 2023 Cadillac Escalade V-Series, while having the same exterior appearance as the regular variants, is going to produce significantly more power thanks to the powerful V8 engine.

The company has yet to announce the specs of the car, but the exhaust note it posted on its Twitter handle guarantees a combustion engine when most other companies go electric. The sound, a “roar”, resembles the extravagant and powerful sports vehicles of the world. Cadillac will release more updates on Saturday, according to reports.

It will be powered by a 6.2-liter LT4 V8 from its sedan cousin, CT5-V Blackwing, and C7 Corvette Z06. The Blackwing engine will generate 668 horsepower and 659 foot-pounds of pure torque. The current Escalade V8 generates around 420 hp, but experts believe the new vehicle will easily outpace its current variant. Experts expect the engine to be detuned to suit the SUV. The truck will also be equipped with a 10-speed automatic transmission.

Among other features, the four-pipe exhaust system will also contribute to the truck’s performance while replicating the menacing growl of supercharged sports cars. Cadillac also adds a new high-performance braking system to harness the power. Cadillac said, “With nearly two decades of racing-inspired prowess, the V-Series designation is reserved for vehicles that encompass the pinnacle of Cadillac performance, bold and distinguished design and innovative technology.”

To stay on track to become an all-electric vehicle company by 2035, as promised, GM will also launch the EV variant of the truck in 2025 that will co-exist alongside the gasoline variant. The company expects the price to start at $90,000. Given the brand’s pricing tradition, the top-end model will cost significantly more than that. 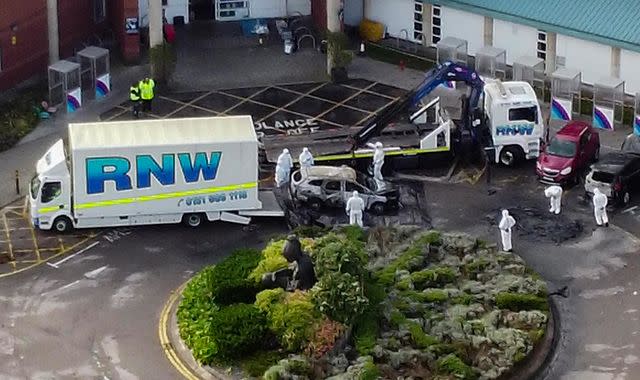